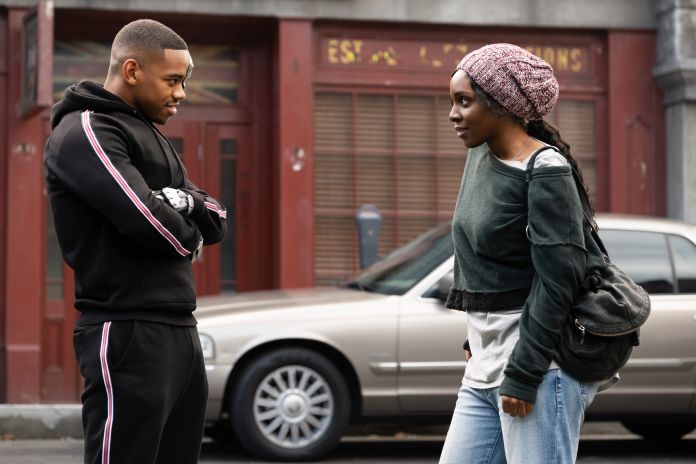 Vic leaves to make his own friends

The repercussions from the big reveals at the end of season one are still echoing through the team. The Doom Patrol wasn’t all that together before they learned the depths of the Chief’s betrayal, and they’re less united now. Cyborg’s gone, the Chief traded away one of his most prized possessions, and the ones that are left aren’t exactly playing nicely together. Of course, the Chief has at least one more trick up his sleeve to try and get what he wants as he sends some of the team on a “Tyme Patrol.”

The show opens with the Chief pleading that to understand what he’s done, you need to understand about his daughter. This leads to another perspective on the ill-fated freak show we saw in episode one, where Dorothy Spinner was being held captive. It didn’t get any prettier the second time, although we did see Dr. Caulder’s insights about some of what happened, and him taking Dorothy away to a surprising but familiar ally. Seriously, does everyone on this show live forever? All of this is being relayed to a very unimpressed Robotman, who is sarcastically furious with Niles. Caulder tells him about his most recent decision, and Cliff is even more angry and baffled. In her room, Jane gets a surprising visitor, goes through a few changes, and finds a familiar message left for her.

While Rita makes breakfast, Jane comes in and has a discussion with Dorothy that leaves Rita utterly lost. When things are finally spelled out, Dorothy rushes off in tears, not helped by Cliff being even more of a jerk than usual. Rita, at least, is very worried now that we see things starting to catch up with the Chief. She gets nearly frantic when she hears how old the man actually is. The Chief is still acting like he has things under control, prompting another rant from Cliff, who really does seem to have some more serious anger issues than usual this episode. Cliff’s outburst gets cut off by a cold observation from Larry. Larry makes an announcement, gets some sympathy from Rita, and takes off to handle something from his old, pre-Patrol life. The Chief leaves next, basically telling everyone to not worry about him. Because that always works.

In Detroit, the team’s missing member is going to trauma group meetings. Cyborg arrives late, and draws the ire of group member Roni Evers (she never gets named on the show, I had to look it up on IMDB). She’s not happy about his not obeying the rules and some of the added upgrades to his systems. The group leader ends up siding with her when she hears about some of the details. Back at Doom Manor, Niles tries to talk to Dorothy, but her friend Horace is running interference with monstrous appearance and bad jokes. Dorothy is weepy, worried, and desperate, and mentions one option she has. Apparently, this is beyond the pale even for Caulder, who urges her to never, ever do that. So I’m presuming we’ll see it by episode four or so. Cliff goes outside for a talk with Jane that doesn’t go at all how he expected. I’ll give him that he does seem to care about her, but Jane isn’t in the mood for his attention, and barks out some things he doesn’t want to hear.

Caulder works at his desk, making notes and studying something, and clearly frustrated by what he finds. Rita comes to check on him and gets a rundown on this episode’s McGuffin and Wacky Guest Star. The story is weird, even by this group’s standards, but it does explain both the title of the episode and the odd spelling. As this goes on, Cyborg meets up with Roni and they talk about past losses and current feelings. It feels more like a friendship, not a romantic interest, which is good to see.

Apparently more of Cyborg’s training has rubbed off on Rita than we realized, since she actually does a mission briefing, although it needs some work. After some banter about proper spelling, the plan, such as it is, is explained. Cliff isn’t in the mood to help and his storming out gets cut off by the Chief coming in and agreeing with him. For different reasons, everyone finally agrees to try this mission out, and Caulder makes special preparations. This leads to an embarrassing memory from Cliff before they disappear, ending up in one of their oddest settings yet. On this series, that really says something. It’s not at all what I expected, and takes Rita, Jane, and Cliff by surprise as well. This week’s special guest villain actually knows one of them, and makes them welcome, after a fashion. While things get weirdly metaphysical for most of the team, Cyborg and Roni argue about onion rings and consequences before Roni gets reminded what life in the city is like. Cyborg is set to charge off to the rescue, but Roni is no damsel in distress. They argue ethics and second chances, debating the fate of a very confused young man.

In Greensboro, Indiana, Larry deals with some issues from his past. He has an unexpected meeting, and, I have to say, the person all this gets sprung on takes things remarkably well. Larry even gets a surprising invitation. Rita and company have a series of unexpected developments, leading to a near-catastrophe. While Cliff and Jane are forced to relive some unpleasant memories, Rita does something kind. On any normal show, that would get them what they want. Since it’s the Doom Patrol, they naturally get sent back empty handed. Rita snaps and does something I think everyone on the show, and many of those watching, have wanted to do for a while.

Larry gets more surprises when he sees what someone has devoted their life to. He gets a peculiar visitor as he goes down memory lane. Jane, never quite alone, reviews recent experiences with a little help, and asks about part of her past that’s gone. Dorothy calls on Rita for some help, but it isn’t what Rita thought at first. Cliff reviews some tapes of his discussions with Caulder that leave me wondering how Cliff hasn’t killed the man yet. Larry starts working his way home and gets a strange visitation to end the episode.

What I liked: The show is endearingly strange, and they give everyone a few moments to take center stage. Their history is really complicated now, and they make it work here. I like that the Chief is losing his one power, but gradually. Larry’s scenes were touching. The mission was absurd, which is fitting. I liked Roni. I’m a bit curious why Cyborg left to play hero, if that’s what he did, but is haunting trauma groups and debating onion rings. The developments with Jane are interesting and have left me wanting to know more. I liked the passing mention of Mr. Nobody, who I’m still missing.
What I didn’t: Cliff is really getting to be a major league jerk. I get what he’s been through and the recent shocks, but do something, or at least stop whining about it. I’ve enjoyed him in the past, but this episode he was just annoying. We’ve seen most of the major members from the team’s various eras, but I’m wondering if they’ll manage to squeeze in a few more.

It was a decent, bizarre, entertaining episode. I’ll give it a 3 out of 5.