Avengers: Age of Ultron merchandise seems to be lacking full inclusion of one of their only female members, and that has caused an outcry across the internet, with some calling such actions a disturbing message to our youth… but is it really that big of a deal?

Given the reasons I’ve been able to find for it, I honestly don’t think it is, but lets not beat around the bush with this subject. As it currently stands I have been able to find two reports of why this Black Widow product limitation appears to be happening. 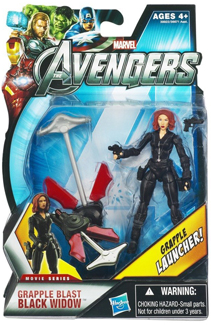 The first, and most fair of the two, is the claim that the merchandise offered for Age of Ultron is being based on the sales of the merchandise that was made available for The Avengers, and that the Black Widow centric merchandise simply didn’t sell as well as the other heroes’ merchandise did three years ago. As such, it would seem that Disney has made the business decision to focus more on the products that actually have a history of making them money.

Now if this is truly the case, which is hard to say, as I have been thus far unable to find specific sales charts to provide evidence for or against it, then I can’t see how any of this is particularly disturbing at all. Disappointing for the collector and feminine markets, sure, but certainly not  something I would call disturbing.

The second reason, however, is admittedly kind of messed up, yet even it holds its ground exclusively within a business decision. Basically, this report suggests that Disney’s Marvel merchandise is deliberately running after the male youth demographic in an almost exclusive fashion. The reason for this is because they reportedly believe that they already have the female youth demographic in their pocket with their Disney princess line, and so they’re attempting to market the Marvel superheroes as a male centric version of that. And you know what? This is actually a very understandable strategy, and it could even be a reasonable outcome of them altering their business plans due to something like the above report also being true.

Of course, even if somewhat reasonable, the limitation of merchandise for a character due to demographic pursuit is still a bit messed up, all things considered, but even so, it’s not really disturbing. Regardless, both reports that I’ve found suggest that this merchandise issue is purely a business decision due to the purchasing habits fueled by the male youth demographic, and that’s simply not a disturbing thing, in my opinion. Disappointing to many Avenger fans, undoubtedly, but honestly not a disturbing message in the least. 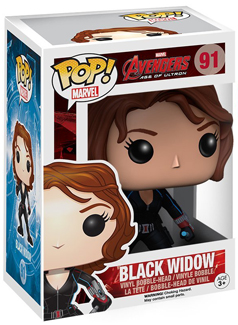 Having been a part of that target demographic some twenty years ago, I can attest to the fact that I always wanted the Superman, Batman, Gambit, and Green Ranger toys rather than the Wonder Woman, Batgirl, Rogue, or Pink Ranger ones. Sure their strategy here may be excluding some children that happen to want a Black Widow toy by making it harder for them to find one, but that still doesn’t make it a disturbing issue. It’s just a disappointing business decision made by a company due to some foolish goals.

Now some people might see this and begin screaming that their mentality was sexist, while the more intense social justice warriors may attack Disney for being anti-feminist, but none of that really seems to be an honest assessment of the situation here. This isn’t a case of a company deliberately ignoring a demographic, it’s actually quite the opposite. Its a case of a company seeking out a demographic. Granted they’re doing so with blinders on, but making a mistake isn’t the same as ordering an attack… wouldn’t you agree?

Let me know in the comments below, and lets discuss your thoughts.

3 thoughts on “No Black Widow? No Problem?”