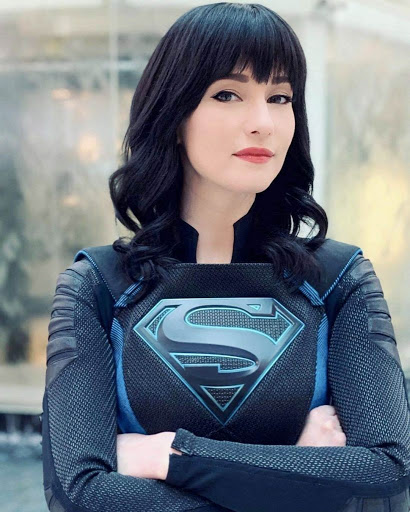 And now for something completely different

I thought “Alex in Wonderland” was an ok episode of Supergirl, but was almost more interesting for some of the things happening behind the scenes. Melissa Benoist, the Girl of Steel herself, is largely absent from the episode for the dual reasons of being pregnant and shadowing the director in preparation for her turn to run the show coming up. Also, the death of Jeremiah Danvers is a big part of this episode. Jeremiah was played by Dean Cain, who was Superman in the Lois and Clark series back in the 90’s. Cain is the rare conservative in Hollywood, and has been a supporter of Trump, appeared on Fox News, and has been observed doing and saying various chauvinist things. I find it interesting that his character was killed off-screen and we never actually see him in the episode. Given Supergirl’s overall stance on most political and social issues, I can’t say I’m surprised to see them part ways with the occasionally controversial actor. Considering how many people returned for the 100th episode special a while back, I’m guessing the parting might not have been on the best of terms.

The show’s title is enough to make you wonder if you’ve tuned in to Batwoman by mistake, considering their ongoing Alice/Lewis Carroll fixation over there. The show opens with Kara packing to go home, and she and J’Onn talking about the death of Jeremiah Danvers, her adoptive father and his former friend. As if dealing with the death of a loved one isn’t enough, Kara’s day gets worse as she goes to collect Alex, who has decided she’s not going to the funeral. Given their issues over the years, I halfway understand it, but Kara has a much harder time accepting it. She finally leaves, asking Kelly to sort this out. Kelly’s attempt to reach out doesn’t go wonderfully well, and ends with Alex day-drinking alone, because that’s the best way to handle grief and stress.

Left to her own devices, Alex decides it’s time to give Obsidian, the VR program that’s been such a big part of the season, a whirl. She scrolls past a few interesting choices, including her with a baby (she’s said she wanted kids) and her as a doctor (Alex went to medical school and Chyler Leigh, who plays her, was formerly on Grey’s Anatomy) before making herself into a version of Supergirl. She gets the big superhero landing on her arrival in-world, before deciding to “go punch things.” Elsewhere, to make up for the lack of the leading lady this episode, William and Kelly talk about Jeremiah’s death, Alex’s reaction, and some oddness around Obsidian and some satellites. William, who seems to be much more of a conspiracy theorist since the Crisis reboot, is convinced there’s something odd going on, and goes with his default setting of “Blame Lex.”

In Obsidian, Super-Alex meets a female Indiana Jones knock-off and they talk about the rules of the game and some real-life issues. Indy-ette also points out someone who is in-world all the time after the passing of his wife. Alex’s new friend makes a dramatic exit, Super-Alex fights a dragon, and there’s an interesting and troubling scene with Derek, the one that’s online too much. That turns to a nice dissolve as we see his real world situation, and it’s not a good one. After besting the dragon, Super-Alex does a quick press conference and then goes out for a drink. Kelly and William further their investigation, and find some odd things that have nothing to do with satellites, and everything to do with something Kelly thought had been dealt with. Kelly brings her concerns to Andrea, who takes the typical corporate “Oh, it’s a paperwork issue” route, linking her to the cliché of the mayor of Amity (the town in Jaws). Andrea does agree to call her mentor, Gemma. I don’t get why she needs to, since as far as I know Andrea owns the company still, and Gemma is just an advisor.

Alex meets up with Indy-lady again, and they talk about food and then Alex comes to a realization about her earlier behavior. Her breakthrough is a bit overshadowed when her new friend has some odd responses to some of Alex’s comments. Super-Alex’s attention is diverted by an emergency call from the DEO, where, in this idealized world, J’Onn is still in charge. The friendly bartender agrees to look after Alex’s friend, and we get another hint that things are not well in the real world. Super-Alex gets a complex briefing on some issues happening in the virtual world, and we see a very dramatic version of Brainiac 5 as part of the meeting. I suspect Jesse Rath had some fun with this scene. The episode brings back several bad guys from the past, including Hank Heywood, the sort of evil template of J’Onn’s human identity in the Arrowverse. Super-Alex gets in a quick battle and an even quicker Kara cameo. William and Kelly continue their investigation and find some stats about a few hundred users of Obsidian that are troubling.

Following up their virtual success, Super-Alex has a talk with J’Onn and then goes to the alien bar to celebrate. There’s some very odd interactions between some of the bar folk, and Alex gets an inkling all is not as it seems, but disregards it. After an ominous real-world check in with Alex, William and Kelly continue their work. Oddly, especially for this show, the male reporter gives the female psychologist relationship advice, which just seemed incongruous to me. Alex’s bar trip goes weirder, and they show does a great fake out in the next scene. In the real world, Kelly gets alarmed when she gets home and tries to mount a rescue.

Returning to the DEO, Super-Alex has a confrontation she doesn’t want after defeating another super-villain. The game reality proves to be unsettlingly adaptable, dealing with new things quickly to keep the illusion of reality going. The worried Kelly contacts Andrea again, and the CEO takes things more seriously this time. Kelly, making some smart choices, tries to get Alex to acknowledge what’s going on with another face from the past, and a sort-of Jeremiah scene. Things take a turn when Super-Alex’s allies come after her (I’m not sure how that really makes sense in game logic), and Dreamer shows a power I don’t think we’ve seen before.

Shaken, Alex and Kelly reunite in the real world with a lot of emotion and apologies. After unpacking some of the emotional baggage, both women agree that there’s more going on in Obsidian than they’ve realized, and that they need to hustle to make it for Jeremiah’s funeral. Alex makes it as Eliza is speaking (once again played by Helen Slater, Supergirl from the one movie she got in the Christopher Reeve era) and she and Kara reunite and make up. William gets a lead from his friend that points him to in a new direction. Andrea is concerned enough to try and take action, but gets foiled by another familiar face we’ve not seen in a while. Things end with William having a close encounter of the Leviathan kind, and the Danvers sisters united.

What I liked: This was at least a clever way to deal with Melissa needing to be off camera so much. I admit I enjoyed Lois and Clark back in the day, but I’m not sorry to see Cain’s character killed off. It was nice to see Eliza/Helen Slater again. The VR Brainy was entertainingly over the top. They did capture the feel of a lot of open-world video games well in a few scenes. It was good to see several old faces return. I can’t say I missed Lena. She used to be one of my favorite characters, but since she turned all “Everyone lies to me! I can trust no one!” I’ve found her annoying.

What I didn’t: They need to do some good explanations at some point, because so far, I’m not sure I see the advantage of trapping people in VR. Using their brains for some kind of giant serial computer maybe? Energy for something, ala Matrix? It’s not making a great deal of sense so far.

It was a decent episode. I’ll give it an average 3 out of 5.