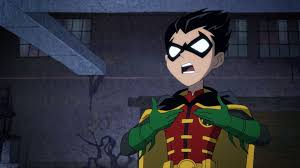 Seriously, why am I on this show?

Harley has a goal and a crew, but she has a ways to go in order to get where she wants to be. This episode brings in a few other DC names, some famous people voicing them, and a few odd analogies that I’ve actually heard before. It’s a rough road for Harley and company in “Finding Mr. Right.”

Poison Ivy is a lot more domestic than I would have thought, and seems to spend a lot of time cleaning her apartment. Then again, with Harley and company making such a mess every few minutes, I can’t blame her. The gang comes back after a job, finds they have been upstaged on the news again, and Harley starts fuming. Once again ignoring Ivy’s perfectly reasonable advice, Harley begins trying to find her very own nemesis. A lot of this episode likens the villain/hero arch enemy relationship to the dating scene, but that’s actually been done before, notably in the Lego Batman movie. Chaos ensues when Clayface brings in a social media consultant who isn’t at all what you’d expect. I do give credit to the writers for a deep cut when “findanemesis.com” has a suggestion I’ll bet even most comic fans wouldn’t recognize.  The ruckus also attracts the attention of Ivy’s landlord, Sy Borgman, a character from the memorable Palmiotti and Connor run on Harley’s title, voiced by Jason Alexander. Sy isn’t happy about the goings-on in Ivy’s apartment, and she’s remarkably subdued in dealing with him.

Deciding to up the stakes, Harley pulls off a truly improbable theft, which brings her to the attention of one of Gotham’s heroes, but not the one she wanted. If you want to grab headlines, you fight Batman, not Robin (the Damian Wayne version). The fight goes badly, and the writers really don’t seem to know who this Robin is, or at least have made him next door to useless for some cheap laughs. While I really don’t care for Damian, he does deserve better than this. For whatever reason, this spills over onto the Tawny talk show that keeps popping up on the series, with Robin making some claims Harley is far from happy with. This leads to some unfavorable news articles, and an issue with a newspaper site’s paywall. Deciding she’s not done with bad decisions, Harley goes after the reporter. Anyone care to guess how that goes when the reporter in question is Lois Lane? This creates more bad press for Harley, and another go-round with Robin.

Returning home, the fuming Harley gets a mocking card from Joker that sets her over the edge. She decides to do something else foolish, ignoring Ivy’s protests. When the frequently sociopathic killer who identifies more with plants than animals is the voice of reason, something’s wrong. This degenerates into another elaborate death trap, a return to the Tawny show, and a multi-front fight between Harley, Joker, Batman, Robin, and a very reluctant and annoyed Ivy. There’s a brief scene that hints at the Harley/Ivy relationship we’ve seen in the cartoons and comics, but Ivy is either not interested, not in the mood, or a combination thereof. There’s even a nod to the 60’s Batman show. The big brawl is televised and watched by several notable DC characters.

The last two scenes are Harley getting a new recruit and causing some serious problems for Ivy. This could seriously damage their friendship. Lastly in the Batcave, Batman and Robin have a talk about nemeses that goes on some directions the Dark Knight wasn’t ready for. This scene also ends on a cheap gag.

What I liked: I’m enjoying the dynamic between Harley and Ivy. I’m impressed with some of the voices (Alan Tudyk as Joker and Clayface, Ron Funches as King Shark, Tony Hale as Dr. Psycho). Harley has her flaws, but is good at deathtraps and bizarre plans. Lois and Superman being utterly unimpressed with the villains to the point of making dinner plans during the fight was entertaining.

What I didn’t: This was the weakest episode so far in my opinion. The writers’ takes on some characters just aren’t sitting right with me, and some of the gags in this episode didn’t feel as smooth as previous shows. The henchman/dating thing has been done before, as I mentioned.

This one didn’t work quite as well. I’ll give it a low 3 out of 5. Hopefully they get back to the previous quality soon.