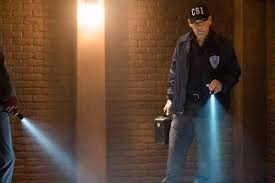 Gambi tries out for another show

Things are building to a head as the end of the season gets closer for Black Lightning. “The Book of Secrets: Chapter Three: Pillar of Fire,” not only continues the trend of long titles, but brings several sides of things into conflict. Tobias Whale makes a bold move, Jefferson comes to a surprising, but probably good, decision, and Jennifer does something foolish but understandable and in character. We also see two metas who are part of another minor team that used to clash with the Outsiders, the team Black Lightning (and later Thunder) were big parts of.

The episode opens in the Sanctum, where Gambi and Jefferson are testing the extent of Jennifer’s powers. They learn the young meta is vastly more powerful than they expected, and banter about Jefferson’s age. Jennifer follows their conversation despite their best efforts, and grows impatient with the testing process.

Lynn gets startled by Agent O’Dell’s sudden appearance as she’s trying to work. O’Dell makes a generous offer to secure Lynn’s help with moving the pod kids. Lynn, indignant, insists she can’t be bought. She makes her own demands, which O’Dell dodges, and she tells him the extent of her help will be praying for the kids. O’Dell, desperate for her help, supplies her some answers about the pod kids, Markovia’s special programs, and why they’d be interested in her. Surprised, and unable to not help the kids in danger, Lynn agrees, if he’ll keep the ruthless and amoral Dr. Jace away from her.

Anissa revisits Grace’s empty apartment, searching more thoroughly. She comes up with an old picture and a single, left-behind pill. While she ponders her discoveries, Henderson sneaks Gambi into the scene where Tobias and company stole the older pods. Gambi both impresses and annoys Henderson with his gadgets, before agreeing that something important was here. Neither are satisfied with the answers they manage to discover.

Cutter brings Tobias a syringe from Dr. Jace, and Tobias acknowledges that Jace is being smart. It’s a rare compliment from the gangster, and more rare still towards a white person. They use it to wake up one of the four older pods, Marcus Bishop, AKA Shakedown. Bishop doesn’t take Tobias’ attitude well, and has a major fight with Cutter. Tobias lets it drag out before finally intervening with the control device Jace supplied him with.

Anissa uses Gambi’s Sanctum to analyze the picture she found, and explains what she’s doing when Gambi turns up. He’s supportive of her, but cautions that she might not like the answers she finds. Jefferson, finally remembering he has a job, gets a scene with a student who tells the former principal both how much he is missed and his replacement is disliked. On that same note, Napier from the board shows up and tells Jefferson that the video from Jennifer’s sit-in has gone viral and is making Lowry look really bad. Napier just might be able to help Jefferson get his job back. Lynn’s work day is going less well, with O’Dell giving her a deadline for the imminent moving of the pod kids.

Tobias has two conversations giving some insight into his emotional life. One is decidedly odd and echoes some of the events in the Netflix Luke Cage series. The other is more surprising, and shows more passion on his part than we’ve seen from him. That gets interrupted by a blaring alarm warning them the pods are going to be moved, and Tobias makes a decision about how to handle that.

The news covers human rights protests against Markovia, which is sounding more and more like a place to avoid. Lynn is worried about trusting O’Dell but feels she has no choice given what’s going on. Jefferson shares his news, and Lynn is thrilled. Tobias wakes up Bishop again, and tells him when he is. When Bishop is upset, Tobias goes both carrot and stick in persuading the newly awakened meta to work for him.

O’Dell dampens some of Jace’s enthusiasm, and then shares some of his very cold reasoning. Jennifer and Anissa hang out at Anissa’s place and have a sisterly talk. Anissa surprises Jennifer with some of her attitudes, and shares her lack of news about Grace. After pledging her help, Anissa gets called away. The older Pierce cautions her younger sister to not go anywhere, and Jennifer gives some evasive answers. Lynn has a run-in with an assistant who questions her authority, and Lynn sets her straight.

To absolutely no one’s surprise, Jennifer has ignored what Anissa told her. Cobbling together her own version of Anissa’s “Blackbird” look, Jennifer is on a tear, using her powers to try and find answers about where Tobias is, so she can get her vengeance on him for Khalil’s death. Jefferson has an encounter with Lowry in the hall, and Lowry is just as annoying and whiny as ever. I really dislike that man, and yes, I know we’re supposed to.

Anissa meets up with Gambi at the Sanctum, and the tailor/spy (he needs to add Tinker and Soldier to his resume) shares some surprising news about Grace. It’s not a pretty story, and does follow most of the character’s backstory from the comics. Anissa is shocked but undeterred, and is determined to press ahead with her search.

Jefferson has his meeting with the school board, and we see the video of Lowry being Lowry again. Jefferson has several flashbacks to recent events in his life, and makes a surprising series of statements. Jennifer continues her quest and cleverly walks right into an ambush. Gambi shares some more findings with Anissa, and they hear the police call about Jennifer’s fight, which is at the motel we saw in early first season. Anissa charges off to help, and gets there just in time. Jennifer has some utterly unexplained power issues, which seem to clash with what we’ve been hearing about her, and Thunder takes down the remaining thug army and gets her sister to safety.

Tobias has sent a nasty team to the ASA to get what he wants, and they work amazingly well together. One of them shows a great deal of intelligence in how they handle things. Lynn hears the alarms and manages to get one patient to safety and calls Jefferson for help, while Jace shows her true colors. To her credit, it’s not like Jace has been hiding who she is. There’s also clearly history between Jace and one of Whale’s dispatched team. Jefferson deals with some fallout from his decision, and then gets a part of Lynn’s earlier call.

A woozy Jennifer wakes up at the Sanctum, where Gambi and Anissa are treating her. Anissa puts yelling at her foolish sibling off for now, and then gets a call from Jefferson about the attack on the ASA. Anissa runs off to help and bring Jefferson’s costume to him. They really need something like Flash’s ring for those suits. Lynn gets her patient to help them escape. Between the powers she displays and the name Lynn calls her, this is pretty clearly a version of Windfall, another member of the comic book villain team Masters of Disaster, although one that reformed and joined the Outsiders before enduring personal tragedy, ending up on the Suicide Squad and dying in the comics. Black Lightning and Thunder have some news for Lynn she doesn’t want to hear.

Back at the Sanctum, which is getting a lot of use this episode, Gambi tells the heroes that there’s no surveillance from the attack (even though we saw some at the ASA), and they speculate about who is behind it. Perenna shares some sobering concerns with Jennifer about the extent of her powers. Gambi manages to identify Shakedown from the descriptions, and fills the team in on the Masters of Disaster. Tobias has a meeting with Jace and a conversation with Cutter. This leads to the end of a recurring character who doesn’t even manage to make it on screen for a final bow.

What I liked: While Black Lighting is still supposed to be on its own Earth from the other CW/DC shows, they clearly share some things, like Markovia being around. What Jennifer did was stupid, but in character and understandable. Jefferson’s decision about his job took me a bit by surprise, but I get why he did it. They’ve been changed for the show, but it was cool to see Shakedown and Windfall, two minor characters I never thought would make it to live action, on the show. Gambi keeps proving to be an invaluable resource. Jace is an evil sociopath, but she gets some great lines. Henderson and Gambi are getting some great scenes together.

What I didn’t: O’Dell is just a lurking, annoying presence. He’s beginning to seem like a poor man’s Nick Fury, and not a very good one. Where was he during the attack? Napier getting mad at Jefferson made some sense, but Jefferson never asked him to do what he did in the first place. I don’t like how they handled the character’s departure.

It was a good episode that upped the stakes and pressure as the season finale draws closer. Thankfully, we already know the show is back for season three. I’ll give this one a high 3.5 out of 5. There’s going to be a big showdown coming soon. 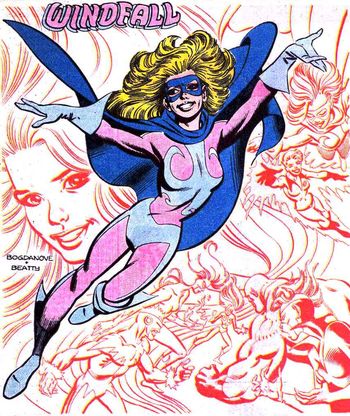