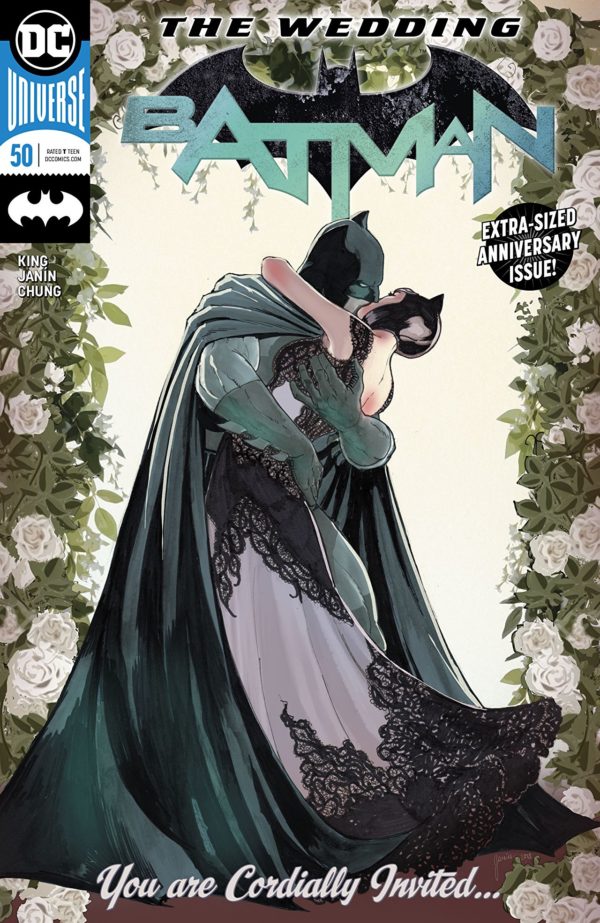 Warning: this article has spoliers for X-Men Gold 30 and Batman 50. If you haven’t read these, be warned.

Every once in a while in comics, the same idea appears in a few places at once. I’ll give two examples to illustrate the point. Back in the 80’s, DC Comics had two characters with earth powers show up: Terra in the New Teen Titans and Geo-Force in Batman and The Outsiders. In the comics, they are brother and sister. What some folks don’t know is the characters were created independently, with no collaboration, by two different authors, who later agreed on the brother/sister relationship when they found out what each other were doing. Another example: a band of freaks and outcasts protect the world that hates and fears them, led by a brilliant man in a wheelchair. Of course, most people would say that was the X-Men, who first showed up in Marvel Comics in September, 1963. While that’s a perfectly fair thing to say, it also applies to the Doom Patrol from DC, who popped up a few months earlier in June of that same year.

This summer, the same sort of thing happened. In X-Men Gold, there was a big build up to the long-time coming wedding between Kitty Pryde (yet another mutant who lost her codenames along the way) and Colossus, Peter Rasputin. Over at DC, there was a big stir created when Batman proposed to Catwoman and she said yes. Just to be confusing and thorough, Batman and Catwoman married in DC’s past back when Earth 2 used to be the home of the original, Golden Age characters, and their daughter became the Huntress.

Both books had a long ramp up, with friends of the characters getting excited and all sorts of lead-in stories. Some of them were great. Batman 37, for example, had a double date with Superman, Lois Lane, Batman, and Catwoman going to a state fair. The X-Men wedding special had the bachelor and bachelorette parties for Kitty and Peter. Both of them were pairings the fans have loved for years, and most of us were excited about the weddings.

And both were huge disappointments.

Just as Kitty and Peter were about to tie the knot in X-Men Gold 30, Illyana Rasputin, Peter’s sister and Kitty’s best friend, essentially talked Kitty out of it. Why she felt the need to do this I’m not sure, and her rationalizations were kind of weak. Kitty literally left Peter at the altar. In a weird twist, one of the other long-standing X-Couples, Gambit and Rogue, ended up getting married in that same issue.

DC did even worse. New comics come out on Wednesdays. The Sunday before Batman 50 was released, DC revealed major spoilers in the New York Times, and fan reaction was displeased at best. Their rationalizations after the fact were weak and sounded very much like, “Oh, we didn’t get that people would be upset about this.” I can’t believe they’re actually that stupid.

But poor media decisions to one side, Batman 50 came out and followed an eerily familiar pattern. Just about when the big moment is supposed to happen, Catwoman gets talked out of marrying Batman by her best friend, Holly. Deja vu.

These issues came out within weeks of each other. Marvel at least gave the fans something with the Gambit/Rogue marriage (they’re getting their own book, Mr and Mrs X in the near future). DC just left us with two upset characters whose big moment fell flat. DC, several years ago, amid a series of editorial decisions that divided fans to say the least, declared that heroes can’t be happily married because it’s “boring.” I’d love to have seen the men behind that decision explaining it to their wives later. I had hoped the Bat/Cat wedding was the end of that silliness. I was wrong.

Are you less of a hero if you’re married? Are people that risk their lives for others daily not allowed to be happy? I’d say that those who answer yes to those are people who are doing some really sloppy writing. The fans, or all the one’s I’ve talked to in person, or on Twitter, or Facebook, were in favor of both of these marriages. Why the bait and switch? Why did both the big two companies pull the rug out from under their characters and readers like that? I have no idea.

I find it really odd that both companies did essentially the same thing within weeks of each other. As I pointed out at the beginning of this, that happens sometimes. No matter what side of the divide you’re on, the United States is a very divided place. Things are dark and nasty. It would have been nice to see some people who some of us share our lives with every month get a bit of happily ever after. But I guess that’s too much to hope for these days.

There are virtually no married heroes these days. Marriages have been retconned away, broken up, or ignored. I don’t know why the big brains and DC and Marvel have turned so anti-marriage. But it’s something I miss, and I’m betting I’m not the only one. 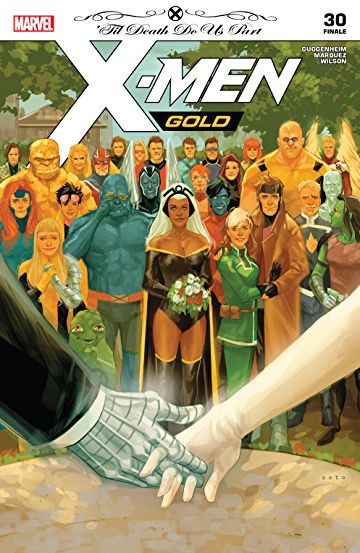