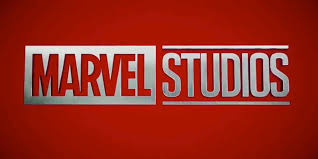 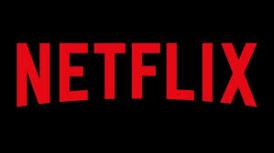 Several years ago, Marvel paired with Netflix for some really great shows. Just like the big movies in the Marvel Cinematic Universe, the shows were in the same world, and crossed over, both with a big eight episode event in Defenders, and with lots of smaller events with characters moving effortlessly from one show to the next. It was a great world, the shows were high quality, and were even notionally part of the larger Marvel Cinematic Universe.

Last year, that world started coming to an end. One by one, the shows were cancelled. There were several stories as to why: Marvel moving to the forthcoming Disney+ streaming service, creative differences between Marvel and Netflix, or rising costs in licensing fees. The truth may be any of those, or some combination. The shows’ many fans, myself included, hoped the shows might live on in some form or another. Some of the cast of various shows have expressed similar hopes, even as sources reported that the agreement between the two companies meant it would be several years before these versions of the characters could be used elsewhere. Since Punisher was a spin-off and not part of the original deal, that one might be exempt.

Those hopes have been dealt a serious blow recently. Even before Jessica Jones’ cancellation, showrunner Melissa Rosenberg announced she was leaving. Jessica Jones was the first of the various series, and some argue the best. Rosenberg was a big part of that, and her loss would be hard to overcome. But, it sounds like that won’t be possible after all. Kristen Ritter, Jessica Jones herself, has been quoted as saying she doesn’t think she’ll play the character again, and doesn’t really sound interested in doing so.

It’s certainly possible the world could come back without the snarky, alcoholic private investigator. But she was the foundation of their corner of the MCU, and with the first show out of the running, it seems like a bad omen for the rest. I hope I’m wrong, as I’d like to see all these shows go on, all these characters return. It sounds less and less likely all the time. With the saga of the larger MCU wrapping up with Avengers: Endgame, it might be a fitting time for the smaller universe to end. Then again, just as the Marvel Cinematic Universe is going to continue without some of their biggest and brightest stars, maybe Disney+ will be a home for a new generation of lesser known heroes, like Netflix was.

And for more on the probable lack of a future for the Marvel/Netflix characters, see this article:

One thought on “It gets worse for Marvel/Netflix”