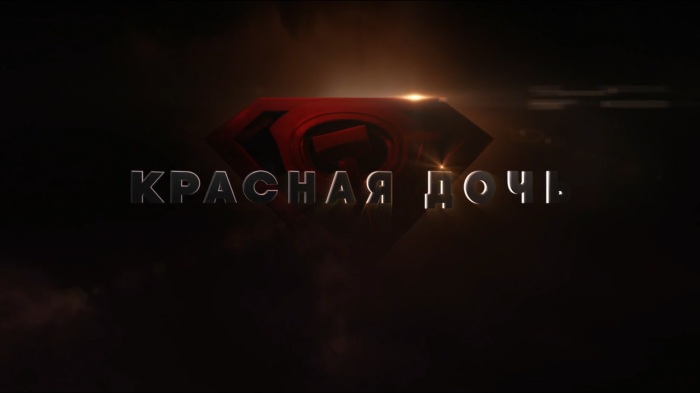 The show’s going through some changes…

For a while now, there’s been a duplicate of Supergirl running around in the background, getting a few scenes here and there. She’s been in Kasnia, a made up, Russia-like country that has made trouble for various DC Comics and Arrow-verse characters. In “House of L,” we get to see her story. The title is an interesting choice, as Power Girl, the Earth 2 Supergirl, is Kara Zor-L, not El. The Earth 2 Kryptonians spell their name differently. Of course, we learn a bit more about what the title might mean as the episode goes on.

The episode actually starts exactly where the last one left off, with Supergirl confronting the escaping Lex Luthor. The fight includes a few tropes like Luthor’s power armor, and the giant Daily Planet globe. I guess somewhere along the way, we went from National City to Metropolis. The battle is an interesting idea marred by some really bad CGI as Supergirl learns something startling about her cousin’s archenemy.

Much of the episode, pretty much all of it, in fact, is told in flashback, and this one starts three years ago. Lex is on trial, and Lena and James both testify against him. I’ll just say the proceedings end with a typical Lex Luthor flourish. In the crowd as he’s hauled away are Eve and Otis. He has a prison-cell meeting with Eve, at first dismissing her and then figuring out a use for her. Six months ago, Lex learns of the Kasnian duplicate of Supergirl, and then shows how far under his sway the Warden is. Lex also showily demonstrates his intellect on the way out, and covers his trip out with the same trick used in Superman II. They then jump back to nine months ago, showing that Supergirl’s (they eventually call her Snowbird and I’m switching to that to make things easier) early days with the Kasnian military. It’s not a good few scenes for anyone involved.

Afterward, she’s confined to a cell when her super-hearing kicks in and we see she shares some traits with the original Supergirl. This leads to her finally meeting Lex, which is good for her since the only word she keeps saying over and over is “Alex.” Lex makes an offer to the Kasnian general in charge, and then starts working his insidious magic with Snowbird. He has to return to the Stryker’s Island prison (another piece from Superman mythos), but pushes her to learn English and gives her Chocos, a cookie that is a running joke with J’Onn.

Lex paces, trying to figure out where Snowbird came from. As usual, his ego won’t let him listen when Eve starts offering suggestions until she finally gets him to listen. Lex finally agrees that it’s good Eve switched from CatCo to L-Corp. He also sends Otis off to stir things up at home, setting the whole Children of Liberty mess in motion. As the news covers tensions between Kasnia and America, Snowbird gets a series of packages from Lex, and speedreads her way through a pile of books. Lex lectures her on how money works, the meaning of the books according to him, and teaches her chess.

Snowbird visits the kid she saved earlier, with Lex looking on, and you can see the wheels in his head turning. This ends up linking to the episode where the skies are seeded with Kryptonite and Snowbird learns more about her past. She emerges from the shielding anxious to go back into training. After more manipulation from Lex, about 4 months ago they come to America. He shows her obnoxious rich people, Kara’s apartment, and there’s an accidental meeting with Alex. Some comments made during this encounter make it sound like this is during the big crossover when Kara is off on another Earth. When Lex thinks Snowbird’s resolve is weakening, he takes steps to harden her against America and Supergirl. The aftermath of this show Otis doing something both foolish and out of character. It seems he shares some sensitivities with the villains of Gotham.

Three months ago, Snowbird starts developing serious health issues and Eve once again has to break through the Luthor “I know better than everyone” mentality to get him to listen. Lex spins this into a desperate plan that shows he’s at least willing to risk his own life, to go with his general casual indifference to the deaths of others. Five weeks ago, Lex starts the most obvious part of his plan, the things we’ve seen with him working with Lena and getting the Harun-El. This leads us to the present, Lex’s escape, and the fight with Supergirl.

Finally, we get back to the modern day. Lex gets his very complicated plan in place and helps Snowbird with her health issues. They have what would be a nice bonding scene if it was almost anyone but Lex involved. He calls her “Red Daughter,” which is a nod to the story all this is based on, an Elseworlds story called Red Son where Superman grows up in Russia. The title cards for the episode also say Red Daughter in Russian before switching back to Supergirl in English.

The episode ends back in National City, in James’ hospital room. Supergirl flies in to warn Alex and James about Lex’s escape and some other disturbing new developments. Alex’s earlier reservations about Supergirl are completely gone and she takes this at face value and starts giving orders. Eve is staging some kind of scene with Lena at her desk. Snowbird, now with her own suit that has a hammer and sickle in place of the S of the House of El, hovers over the city. I suspect we’re going to see a big showdown in the very near future.

What I liked: I admire a show having the confidence to do an episode that drops both most of the main characters and the ongoing plots. Again, I’m impressed with Jon Cryer’s portrayal of Lex Luthor. This may be about the best live action portrayal I’ve seen of him, which is in line with Tyler Hoechlin’s Superman. Lex’s schemes are far reaching, and believable for his ruthlessness and brilliance.

What I didn’t: Otis’ little mini-rebellion seems really out of character, and stupid even for him. I really miss, and liked better, his sister Mercy. I’m not really clear on when they moved from National City to Metropolis in the opening fight. As far as I know, they’re on opposite coasts.

Overall, it was a really good episode. I’ll give it a high 3.5 out of 5. They did something different and it really worked.