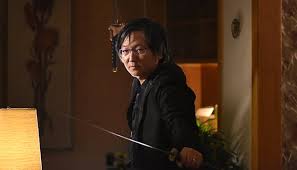 June 13th, Part Two is an episode of Heroes Reborn that will make you think a little bit to get through it. Time travel can do that, and there are a few examples of that in this show. Add in memory manipulation, and it makes for something that you really might want to be paying attention to in order to get the full story.

In the aftermath of the devastating explosion in Odessa, the various characters are running around on their own agendas. Luke and Joanne search desperately for their missing son, but since we’ve seen the future, we know this isn’t going to go well for them. The Noah of then sees the modern day Noah, and things get confusing for both of them, but we do get the great line of, “What am I doing here?” from past Noah to present Noah. Hiro and Angela are trying to determine what to do about the babies they’ve just ended up with. Erica is furthering her anti-Evo agenda, and dispatching her hench-Evo Harris to find the few remaining people unaccounted for that could derail Erica’s plans.

Hiro and Angela came up with a great idea for how to hide the kids. Unfortunately, there’s a problem- it becomes a one way trip due to some complications resulting from Evo-powers. Nothing is ever as simple as it should be. Hiro and Angela end up with even more responsibility, and have to split up to protect their charges. It does at least explain why Hiro and Angela weren’t part of the Heroes Reborn era timeline until now.

The mysterious Penny Man finally gets a name- Casper. I think his is the first Evo power that relies on a prop. Everyone else’s powers have been self-contained and/or generated internally until now. You could argue Katana Girl/Miko is an exception, but considering what we learned about her origin, I’m not sure she counts. At any rate, Casper helps Noah resist questioning, even from a specialist- original Heroes character Matt Parkman, back and totally sold out. This leaves Peter Petrelli and Sylar as the only big names from the original show left out now. They’ve both been referred to, but where are they?

Also in the “past,” we see Carlos at a military hearing. Testifying on his behalf is Farah, the woman that ends up guarding Malina. They have a history, but she ends up leaving after the hearings. We know where they end up eventually.

Otomo is the man in Tokyo tasked with capturing Hiro. He does as he’s told, but things don’t go well for him. Erica doesn’t like loose ends, after all. She dispatches Harris to deal with him. Before that happens, Otomo creates Katana Girl, modeled after his late daughter. She really did have a rough life, Katana Girl.

We get to see Joanne make her first Evo kill, and her reaction is really disturbing. The person she kills actually had nothing to do with Dennis’ death, but then, killing based in prejudice rarely makes a lot of sense. Luke was not exactly enthusiastic about this new direction in their lives.

The various pieces of the modern era are set up. However, we can tell from the first moment that Noah wakes up in the rubble of the summit that things have changed. Remember Hiro’s often-repeated concern about the butterfly effect? It seems he had good reason to be worried.

The episode ends with Noah returning to the present. The question is, what present did he land in? Things changed from a year ago ripple forward, and it seems some of the changes are both good and bad. Noah gets a surprise, being greeted by someone he saw die. But at least one ally might not be the way Noah remembers them. I think the usually resourceful Horn Rimmed Glasses, as Noah was known for a while, might be out of his depth.

What I liked: Claire’s death made no sense at all… until now. They explain it in a way that works with the various Evo powers in play. Hiro is as nerdy and heroic as ever. Angela is a very smart woman, whose powers are almost secondary to her cleverness and resources. Tommy’s confidence in this episode but confusion in the “present” were explained well. And Penny Man finally got a name.

What I didn’t: I don’t like how young Tommy’s powers seem to work. The side effects seem very permanent. On that note, things looked very bad for Hiro when they left him, and I’m hoping that this wasn’t the end for the Master of Time and Space. I’d like at least some explanation of where Sylar and Peter are in all this. And while I understand it, I don’t like what Parkman ended up as.

I’ll give this one a 3.5 out of 5. It was almost like a superpowered version of Dr. Who. I’m hoping we get some more answers next episode.