Trailer Two for Batman v Superman:  Dawn of Justice has me doing a totally 180 on the flick after the first one.  Here’s why. 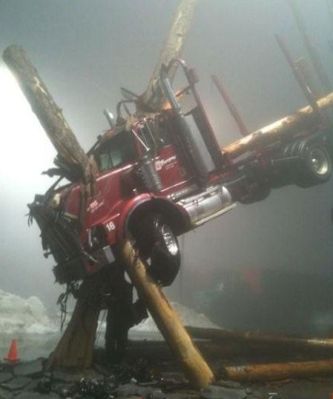 Bruce was THERE
I love the idea that Bruce was there the day Metropolis got it’s ass kicked by the Kryptonians.  He knows, first hand, that Superman is dangerous.

Zod clone?
Folks (Lex) are messing with Zod’s body and there’s someone flying whose face is hidden and isn’t working his ass off to save people…  I can’t believe Superman would stand there posing like that – not even this version of Kal.  Hence Lex’s comment, “The red capes are coming.”  Plural – not just one cape.

Weird Superman army?
Or, that could refer to these guys.  Are these guys Zod clones?  Or just crazy a-holes?  Since they’re covering their faces, I tend to assume they’re clones… no, maybe not.  They don’t seem that strong.

“You’ll talk when we tell you to!”
Batman talked in the first trailer; no heroes were allowed to talk in this trailer.  That’s… uhm, a choice they made.  I guess it works because this trailer rates fairly high on the awesome scale.

“We’ll show you to be people when we’re good and ready!”
Two trailers and still no Aquaman.  Again, they made a choice.  They’re either saving him or embarrassed by how silly he looks… I guess.

Sigh, Superman is still Space Jesus.
It’s like the people in Dawn of Justice saw the first movie and were thought, “Wow, there’s a lot of Jesus allusions in this movie.”  I’m still not interested in seeing a movie where Superman is worshipped as a messiah figure because he’s space Jesus, but this could be the best possible version of that movie.

Still, this looks like a movie.  The first trailer for Batman v Superman: Dawn of Justice was just, kinda… I dunno.  Whiney.  Boring.  No fun.  This trailer, on the other hand has action, drama… real emotion.  They’ve got my attention now.

I just hope they know what to do with it.

6 thoughts on “Thoughts on the second Batman v Superman: Dawn of Justice trailer”